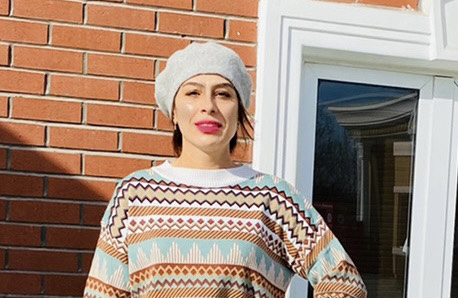 First: Beatings It is one of the methods used against the population, whether they are children or adults, to quell any sign of rebellion and violence against the Israeli army, and to instill fear in the children. It was found that about 45% of children were subjected to personal beatings by the occupation army, while 4.5% of the sample suffered broken bones according to (Dr. Abu Hein), while (Abu Bakr, 2009) states that 45% of the children suffered from beaten by the army, which resulted in 5% of them suffering from broken bones.

Third: Personal Exposure to injury: The military authorities used different types of means against citizens and children, including exposure to injury resulting from beatings, or shooting of all kinds; live; rubber; plastic; metal; etc. It was found that 3.5% of the children were injured by live bullets, 2.2% were injured by plastic bullets, and 24.7% were injured by rubber bullets. Some injuries have resulted in death in some cases, and in other cases they led to physical, nervous and mental disabilities, some permanent, and some partial, such as losing an eye or a limb, or burning the skin. According to the Gaza Center for Right and Law, the number of injured children under 16 years of age during June 2011 reached about 3158 children with various injuries.( Palestinian Ministry of Health, 2014).[2]

Fourth: Detention: It was found that 19% of the children were subjected to personal detention, which ranges from hours to days, where the children are arrested and placed in one of the detention centers or army camps, where they are subjected to beatings and injuries. Children are, sometimes, not allowed to leave until paying a fine imposed by the occupation authorities over the child’s family.( The Palestinian Prisoners Club, 2010).[3]

Fifth: Imprisonment:  It is not easy to determine a specific legal age at which the Israeli army authorities are obligated to punish the child when the latter commits a specific incident. Children, during the occupation forces ’raids of their residential areas, were subjected to imprisonment and separation from their families for periods ranging from 18 days to three or six months with financial fines, especially for young people on charges of throwing stones and helping in activities. A study conducted in 2002 on Violence and Palestinian children (Abu Hein, Al-Sarraj) on a sample of 2779 children, where the sample’s age group was 7 to 15 years, including both genders, and from the camp, the city, and the village according to population distributions in different geographical locations has revealed that 2.6% of children were exposed to imprisonment.  The study also revealed that imprisonment was more concentrated on children in the age group of (13-15) years. It was found that 40% of the children were personally exposed to violence during house raids and arrests of a family member.( Sourani, 2006). [4]

Sixth: Houses Demolitions:  Demolishing houses policy has been practiced against Palestinian activists since the beginning of the occupation, and it is one of – collective punishment measures, and its use has increased more recently, as the house of anyone with security charges, especially armed resistance charges, is demolished. The Palestinian Center for Human rights statistics indicate that about 400 houses were demolished during the first intifada in 1987 for security reasons. This measure took a dangerous turn, especially after the occupation authorities’ decision to deport 415 Palestinians to Lebanon and the increase in acts of resistance against the occupation.

The number of demolished houses in the Al-Aqsa Intifada increased to more than 800 in the West Bank and Gaza. The bombing of houses was increasing and spreading, where only a mere suspicion about a particular house, would give legitimacy to the occupying authorities to bomb it giving its residents a short period of time to leave the house without being allowed to take out their belongings. The number of houses bombed since January 1993 up to January 1994 was estimated at 200 houses. This number doubled during the first year of the uprising during the first year of the uprising. A series of negative effects house demolitions leave on mental health, especially on children, has been shown. Children whose homes were bombed were found to have a higher rate of neurotic and emotional disturbances compared to children whose homes were not bombed.( (Mustafa, 2003).[5]

highlighted that the second most influential situation on the child after losing a family member, is the loss of their houses, where the house is related to security in children’s understanding, which is seen as the set of customs, traditions and the network of relationships formed by the child. Losing the house meaning losing what it represents.

Seventh: Deprivation From Education:  Due to the Israeli authorities’ claim that children participate in resisting the occupation and exploiting school gatherings for this purpose, and as to deprive children from education and to spread ignorance, the occupation authorities started with partially closing educational institutions and then full closures were imposed. The Israeli authorities with these closures are depriving children the opportunities to learn and acquire knowledge, leading to a decreased level of literacy and knowledge amongst the children. This meant that the 10-year-olds during the Intifada were at the educational level of a pre-Intifada 6-year-olds. The streets, the army’s confrontation and the dangers facing the child in the street had turned into the daily behavior and the knowledge source for the children, where many children learned the habits and behavior of resistance associated with facing the occupation during that period.( Save the Children Fund, 2002). [6]

[3] The Palestinian Prisoners Club (2010), statistics about the annual arrests carried out by the occupation forces. Bethlehem, Palestine.

[5] Palestinian Central Bureau of Statistics(2014), the annual report on violations by the occupation forces in the occupied Palestinian territories.

[6] Save the Children Fund (2002), reports on violations by the occupation forces of Palestinian children, Ramallah, Palestine: Palestinian NGOs Network.