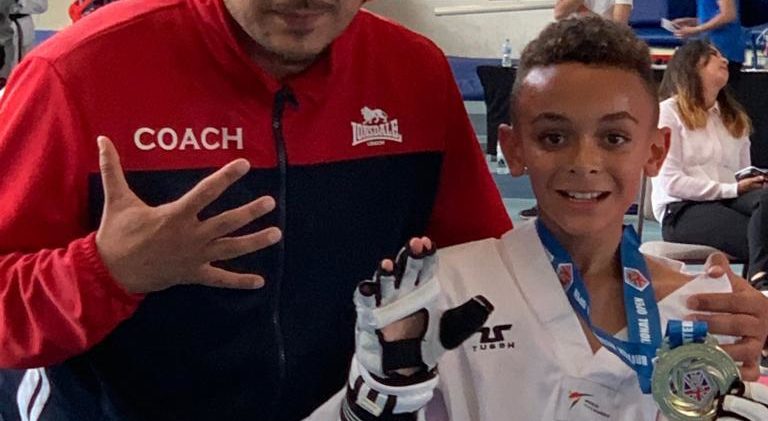 Another Gold medal for the Taekwando Champion “Noor Alswaitti” at the British International Open Taekwando Competition 2019.

Noor displayed an excellent performance during this competition. He finished at the top for his age group and won a fine Gold medal today.

Noor played for his club, Superiors Taekwondo club and fought a number of players. He qualified and reached the final.

At the final game he was powerful and beated his opponent. Noor was announced as the winner in a moment that made us all proud.

We would like to congratulate him. We spoke to his father and he expressed his wish for Noor to be an inspiration to all kids, in particular to the British, Palestinian and Portuguese kids, to everyone in his family and to everyone who read these words.