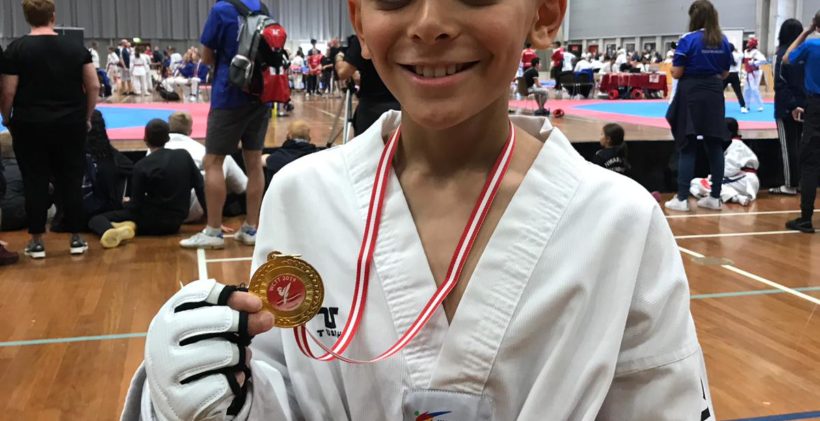 Noor Alswaitti young talented Athlete is the winner of the Danish International Taekwondo championship which took place in Copenhagen.

Saturday 24th August 2019, Noor Alswaitti, Taekwondo champion of Palestinian origin participated in the Danish International Taekwondo championship that is taking place in Copenhagen this weekend. The competition attracted athletes from all over the WORLD including teams from Egypt, Morocco, India and other European countries. Noor fought extremely well and put up excellent performances. He finished at the top for his age and weight group and won a well-deserved Gold medal after beating his tough Danish opponent in the finals. His Danish opponent is the current Danish National Champion of the country.

Noor is one of the representatives of Great Britain young talented upcoming athletes.
Noor represented Great Britain through his club, Superior Taekwondo Academy and fought a number of players before beating the Danish National Champion in the final.

At the final fight his performances attracted all the spectators in the arena. Where he fought extremely well just like what he did in Belgium and other international competitions. We are looking forward to his future achievements in the coming months and years.

We would like to congratulate him, his family, his coach and his team on yet another tremendous achievement GOLD MEDAL. We spoke to him and he wanted this achievement to be an inspiration to all kids, in particular to the British kids, to everyone in his family and to everyone in Palestine.