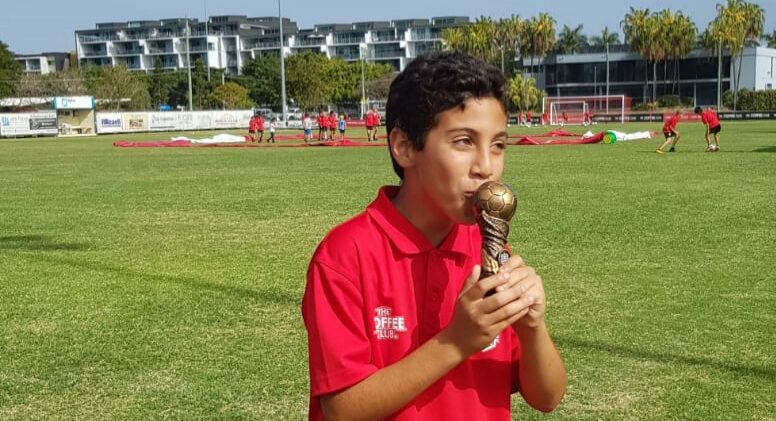 We are proud to introduce our young hero Qais Mustafa and write about him in our Magazine.

Also we would like to send our Congratulations to Qais for joining the best Football team in Canberra for under 16 COFC (Canberra Olympic FC).

Qais played to different teams in Sydney and Melbourne before he joined COFC in Canberra.

Qais is a Palestinian young person who moved to Australia when he was 4 years of age with his family and settled there to be awarded the Australian Citizenship.

He was born and started his life in a little village in Bethlehem County called Jabaa before moving to Australia.