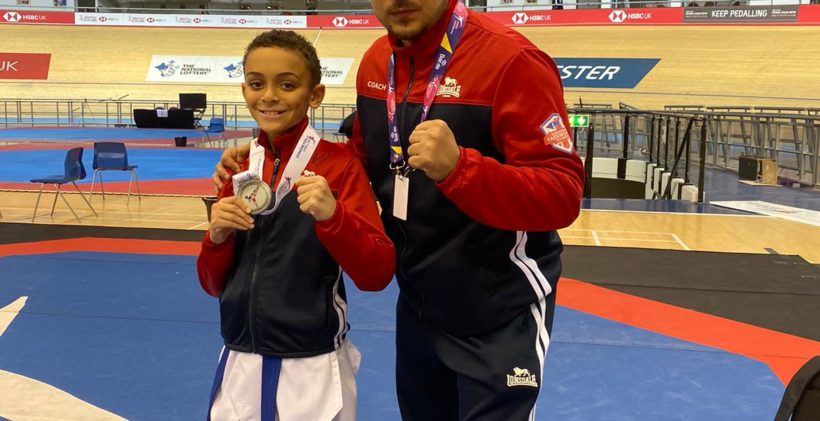 Sunday 10th November 2019, the British Palestinian Taekwondo champion Noor Alswaitti competed in the British National Taekwondo Competition 2019, which was organised and took place in Manchester city in the UK.

Noor gave an excellent display. He played in the name of Palestine for the first time in addition to playing for his club, Superiors Taekwondo club. Noor fought a number of matches and beaten a number of players. He qualified and reached the final.

At the final game he was powerful and played well, he finished second and in the top three for his age group and was awarded a Silver medal.

We would like to congratulate him. We spoke to him and wanted his win to be an inspiration to all kids, in particular to the British kids, to everyone in his family and to everyone in Palestine.